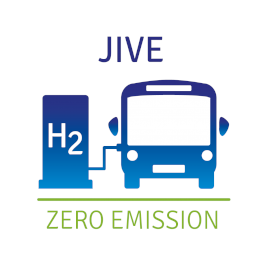 The Joint Initiative for Hydrogen Vehicles across Europe (JIVE) and The Second Joint Initiative for Hydrogen Vehicles across Europe (JIVE 2) are two exciting and ambitious sister projects that promise to facilitate and expedite the full commercial viability of hydrogen fuel cell buses in Europe. 20 cities and regions across 10 member states are grouping together in regional clusters to procure nearly 300 fuel cell hydrogen buses over seven years in a €212m project. The buses will be deployed in cities in Denmark, France, Germany, Iceland, Italy, Latvia, Norway, Sweden, The Netherlands and United Kingdom.

Clustering and group procurement will allow partners to achieve 30% cost reductions versus state of the art fuel cell buses through economies of scale, with a requirement that buses cost no more than €650,000 and €625,000 each for JIVE and JIVE 2 respectively. Other targets include the operation of 50% of the vehicles for at least 36 months of the projects, Hydrogen Refuelling station (HRS) reliability near 100% and bus availability of 90%.

The increased demand for fuel cell buses generated by the two projects will help European bus manufacturers access the greater economies of scale required for full commercialisation. Further, sharing of best practice and data collection from buses and refuelling stations (HRSs) in JIVE will provide feedback to cities, bus operators and manufacturers such that process and cost improvements can be achieved for JIVE 2. The combined projects will serve to further demonstrate the technological and commercial readiness of hydrogen fuel cell buses in order to facilitate their further uptake.

The JIVE projects will run alongside the Models for Economic Hydrogen Refuelling Infrastructure (MEHRLIN) project, which will deploy seven HRSs. This is co-funded with €5.5m from the European Commission’s Connecting Europe Facility (CEF).